The Iron Coffin Team chooses to see the big picture. Without those who served our country, life would be drastically different. Our team seeks to touch the lives of each community we interact with - both the folks that help us film our feature & the veterans that came before that inspired the writing of Iron Coffin.

Iron Coffin will be supporting the Chicago Film Community by creating hundreds of jobs, and the film will give back to homeless veterans in the area through A Safe Haven.

Michael O’Laughlin is a lookout on a submarine during the Korean War who clamors inside the boat while being attacked by the enemy. Narrowly escaping with his life Michael discovers that most of the crew have been killed from the inside.  Not only does Michael have to find a way to raise the boat by himself, but whoever killed the crew is still on board.

Michael is pulled into a fight for survival against harrowing odds, a twisted murderer, and deep-sea monster. Even though he succeeds in his battles, he is forever corrupted by the experience.  Our story ends on a cliffhanger that leaves the tale open for the sequels, which have already been written. 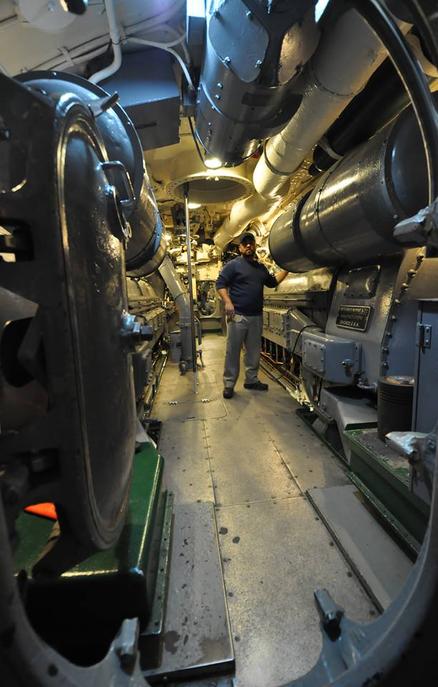